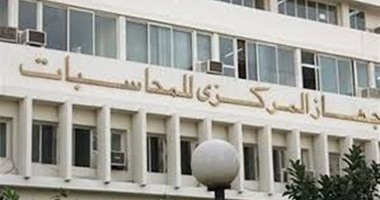 The United Arab Company for Shipping and Unloading published the auditor’s report (Central Accounting Organization) on the limited examination of the company’s periodic financial statements for the period ending on March 31, 2022.

1- The net book value of the fixed assets on March 31, 2022 amounted to about 866 thousand pounds only, including means and transfers of about 639 thousand pounds, and the book value amounted to 41.848 million pounds, which indicates the depreciation of the entire value of the company’s assets and not replacing it with other new assets, which is what This led to the collapse of the basic components of the company and its loss, creating job opportunities for the company, and the agency demanded the necessity of taking the necessary measures to take advantage of the available means of transportation, repair the faults in it with the economic disposition of equipment that is not economically feasible to repair, and develop a plan for the replacement and renewal of the obsolete and discarded equipment.

The United Arab Shipping and Unloading Company responded that most of the equipment and cranes were worn out and the high rate of idle energy was due to the old part of the equipment in them, as a large proportion of them entered the production line in 1980, i.e. 41 years ago, which led to the existence of equipment that was not economically feasible to repair. The company is doing periodic maintenance for the rest of the equipment to raise its efficiency according to the priorities of need, and the company is currently activating the integration activity with sister companies, which resulted in an agreement with the Alexandria Container and Cargo Handling Company, Suez Cargo and Automated Unloading to operate the redundant equipment for the company.

2- Inventory has not been evaluated at cost or net realizable value, whichever is lower, according to the provisions of paragraph (9) of Egyptian Accounting Standard No. (2) – Inventory issued by the decision of the head of the Central Auditing Organization No. 733 of 2020, where it was noted that the stock included the value of stagnant items Several years ago, about 6.12 million pounds, representing about 53.4% ​​of the value of the inventory on March 31, 2022, as a result of the company dispensing with the equipment it serves. The Central Auditing Organization reiterated the recommendation regarding the speed of economic disposal of the stagnant stock, with the need to evaluate the inventory, according to Accounting Standard No. ( 2). Stock.

The United Arab Company for Shipping and Unloading responded that a joint committee was formed from the Holding Company for Maritime Transport and the company by Resolution No. 14 of 2022 to inventory the stagnant items, and it will provide a statement of those items as soon as the committee’s work ends.

3- The income statement did not include any returns from its long-term investments in some companies during the elapsed period of the fiscal year 2021/2022 and previous years, totaling about 746 thousand pounds. The economic feasibility of these investments must be reviewed and a study and study of whether or not these investments are degraded.

4- The expenses of the period and before included a total amount of 123,850 pounds, the value of what was spent on the supply order No. 251 related to the new cladding for which the loan contract concluded with the Alexandria Container and Goods Handling Company was canceled and its ownership returned to the aforementioned company. The city is a party to the Alexandria Container Handling Company, and demanded its prompt payment.

The United Arab Shipping and Unloading Company responded that all of what was included in the company’s expenses had been counted and raised to the receivable accounts, and Alexandria Container Handling Company had claimed those amounts according to the company’s letter No. (92) dated March 1, 2022.

5- There are many manifestations of weakness, shortcomings, and internal control of the company’s financial covenant payments and settlements, as well as with regard to the book and documentary cycle in it, where it was noted that the regular entry in the books kept and dependence in keeping many accounting books and diaries (payments and settlements diaries, books of fixed assets, etc.) The computerized Excel program as a non-regulatory alternative, all of which would lead to the possibility of manipulation, embezzlement and waste of public money.

The company replied, that the control over the disbursement of the covenant has been tightened and the commitment to settle it at the end of each month, and the financial regulation will be modified in line with the amendments and developments after the completion of the procedures for transferring dependency to Law 159, and there are records of fixed assets on the system instead of manual records that can control fixed assets Through it, a committee was formed to inventory the assets on the system in preparation for the preparation of a record for them.