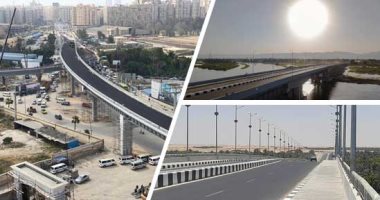 The Egyptian state has implemented giant projects in various fields that achieve progress and development. Infrastructure projects, especially transport projects, had the largest share of that plan, which was positively reflected in improving the arrangement of the roads, railways and maritime transport sectors in the International Competitiveness Report

On the most important programs and initiatives that have been implemented, the report of the Ministry of Planning referred to the National Roads Project, where 7,000 km of new roads were built, bringing the total lengths of the free, highway and main road network to 30,000 km, with a growth rate of 11%, in addition to developing and raising the efficiency of 10,000 km of the network. Existing roads, in addition to the expansion of the construction of transverse axes. The number of axes on the Nile has increased from 38 axes to 59 axes, with a growth rate of 55%, in addition to the upper bridges, where 1,000 overpasses and tunnels were built, bringing the total to 2,500 overpasses and tunnels with a growth rate of 150%.