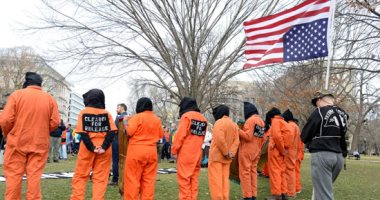 The American newspaper, The Hill, said that Democrats in the United States are reviving their efforts to close the Guantanamo prison, but those efforts are facing a tumultuous battle in the Senate, where Republicans point out that it is an attempt that will fail.

Last month, House Democrats introduced legislation seeking to shut down the facility in Cuba as part of a larger annual defense spending bill, and leaders expect to vote on it next week by all members of the House in which the Democratic Party has a majority.

But in the Senate, where Democrats will need Republican support to pass a defense funding bill, the move will face a wall of opposition from Republicans.

Senator James Inhofe, the top Republican on the Senate Armed Services Committee, said he was sure that wouldn’t happen. He added, in statements to the newspaper, that no one would support this, as it is certainly a vital institution.

Representative Mike Rogers, a member of the House Armed Services Committee, also raised doubts about closing Guantanamo, noting that the simple majority of Democrats in both houses. He explained that they have a very narrow majority now, and it is difficult for them to do anything. Hence, the completion of this controversial thing will not happen in practice.

But the Democrats who are leading those efforts say they think it’s worth the fight, despite strong opposition from Republicans and also some Democrats.

Democratic Representative Betty McCollon, chair of the House Defense Appropriations Subcommittee, said they will act aggressively at the committee’s conference, explaining that keeping the detention center open is not a good use of taxpayer money. If we need more money for defense, she said, it should go to things that make a difference to American national security.