Dr. Rania Al-Mashat, Minister of International Cooperation, met with the UN High-Level Climate Action Leaders Task Force, Bogolo Kinyuendo, Special Adviser to the Climate Action Pioneer and Minister of Investment, Botswana, Sagarika Chatereji, Climate Action Pioneer for Finance, and Hanan Sakr, Pioneer for Climate Action for Finance Flexible, where they discussed ways to boost development finances for green transformation projects in Egypt, review Egyptian efforts in preparation for the presidency of the United Nations Climate Conference COP27, discuss Egyptian and African priorities in the next session of the Climate Summit, and discuss how to advance projects to adapt to climate changes and equal opportunities for both genders in climate action.

During the meeting, Minister of International Cooperation, Dr. Rania Al-Mashat, reviewed the efforts made by the state to advance climate action globally through Egypt’s presidency of the United Nations Climate Conference COP27, stressing the need for the United Nations and the Climate Action Champions team to support the efforts of different countries to provide funding for projects. Environmentally friendly, especially for developing countries and emerging economies, in order to advance the green transition.

Al-Mashat pointed to the launch of the “Nowfa” program, through which the Ministry of International Cooperation aims to promote the list of green projects prepared by the government in the energy, food and water sectors, among multilateral and bilateral development partners, with the aim of shifting from pledges to implementation, and mobilizing international efforts aimed at To promote the transition to a green economy.

She pointed out that these efforts come under the umbrella of the National Climate Change Strategy 2050, to enhance green transformation efforts in these sectors, noting that the Ministry of International Cooperation is coordinating with the concerned national authorities to provide development financing and grants necessary to implement these projects, as well as support efforts to stimulate innovative financing and tools. Reducing risks so as to push the private sector to participate effectively in the implementation of these projects, as it is a major partner in achieving development.

She noted that the ministry has already sent this list to all multilateral and bilateral development partners, to study it and see the state’s plans to accelerate comprehensive and sustainable development efforts, and is moving forward to coordinate to mobilize the necessary funds.

She also referred to the numerous meetings that were held with development partners, the private sector, civil society and the development arms of major international private sector companies, in order to discuss ways to advance innovative financing mechanisms, which have become more efficient than traditional financing in promoting development efforts, and consolidating joint work between the concerned parties from order to give a boost to climate action.

She invited the team of climate action champions to participate in the Egypt-ICF Forum in its second edition, which will be held this year, pointing out that it is held before the climate summit and will represent an important African gathering to discuss the messages that must be agreed upon before the United Nations climate conference. The previous version witnessed the issuance of final recommendations in which it was stressed the need to push forward innovative financing mechanisms and risk-reducing tools in order to provide financing for developing countries and emerging economies to achieve their climate ambitions.

“We are keen to stimulate cooperation with the Ministry of International Cooperation and mobilize the efforts of non-governmental actors, especially in Africa, to cooperate on the COP27 climate conference,” said Bogolo Kenwendo, Special Advisor to the Climate Action Champions Team.

It is worth noting that the Climate Action Team was launched following the COP25 and COP26 climate summits, with the aim of supporting the efforts of climate action pioneers in implementing their goals to enhance the participation of relevant actors and parties to support climate action and achieve the goals of the Paris Climate Agreement. Climate action pioneers, in the previous two editions of the Climate Summit as well as the role played by Dr. Mahmoud Mohieldin, Climate Action Pioneer for the Egyptian Presidency of the COP27 Climate Summit, in laying the foundations for climate finance and promoting joint action between governments and non-governmental entities to support the ambition of action climatic. 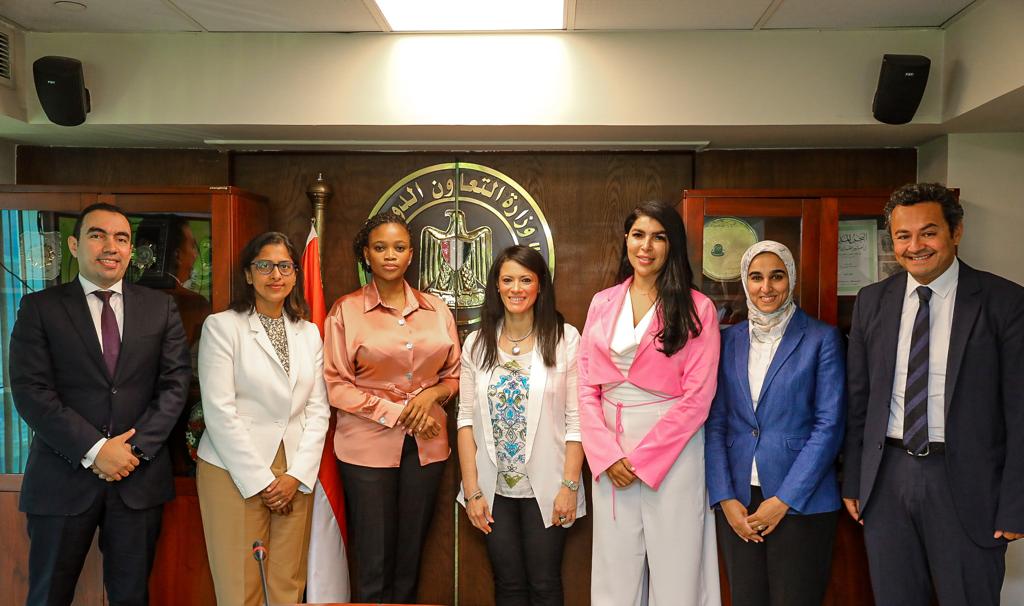