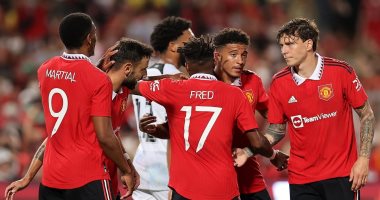 Manchester United coach Eric Ten Hag has announced the line-up for the Melbourne Victory friendly match, which will take place at twelve and five minutes at noon today, Friday, Cairo time, as part of the Red Devils’ preparations for the new season matches in the English Premier League.


The Manchester United line-up for the match was as follows:

Manchester United had won a big victory over Liverpool by four goals without a response, in the friendly match that was held in Thailand, in preparation for the new season, in the first appearance of Dutch coach Eric Ten Hag.

After the match, Tin Hag confirmed that his team made many mistakes during the Liverpool match, despite the big win by four goals. “We have to work hard to correct mistakes, but of course we are happy,” Ten Hag said after the match. “We have started building a team and I am happy with the first match.”

He added, “We made some mistakes in pressing, we missed some chances, but we created a lot of things, we have to work hard to eliminate mistakes, I saw good things, a lot of speed and creativity in attack.”

And he concluded: “I know that we have good players, and we have innovation in the offensive part. Our team was brave and proactive, but we made mistakes in pressing, and yet we created a lot of chances.”