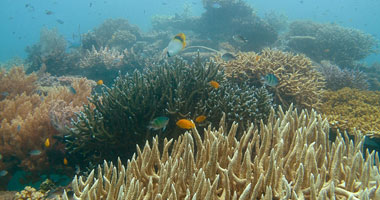 Plastic is extracted mainly from petroleum, natural gas, and coal. The most important plastic manufacturing countries are the United States of America and Japan, where the plastic industry depends mainly on the availability of petroleum.

It puts the marine environment at risk because of plastic waste, which leads to a significant imbalance in the ecological balance. One of the characteristics of plastic is that it does not decompose until after a very long time has passed, and about 10 million tons of plastic waste ends up at the bottom of the oceans and seas every year.

The accumulation of non-degradable plastic waste in the soil, which makes it lose its fertility in the long term and an imbalance occurs in its biological composition.

According to the weekly bulletin of the Egyptian Insurance Federation, due to the accumulation of large quantities of waste, some microorganisms are abundant that accelerate the process of biological decomposition of plastic materials, which leads to the production of methane, the gas that contributes primarily to global warming.

Groundwater wells are affected by the toxins of plastic waste, and thus become unfit for drinking.

Animals are exposed to many dangers caused by plastic waste that threatens their lives, as statistics indicate that there are more than 400,000 marine animals who die due to ocean pollution with plastic bags, by swallowing them or getting stuck and entangled in them.

From a sustainable development perspective, it is important to know how long it takes for product types to degrade, as we should focus our efforts specifically on reducing consumption of products that generate waste that takes a long time to fully degrade.

Given the above, the best way to deal with the increasing volume of waste is to avoid products that take more than a year to decompose in landfills, so every household and organization should have a pre-recycling plan in place to divert more materials out of the waste stream.

An individual contributes significantly to the global waste crisis if they still believe that their individual actions will not make a difference. By using a reusable water bottle, 156 plastic bottles can be saved each year from polluting the environment and disrupting the life cycle of aquatic organisms.

According to the World Bank, if urgent action is not taken in the volume of waste generated per capita, the annual global waste volume will increase to 3.4 billion tons by 2050. Although a third of the waste of high-income countries is reused through recycling and composting, it is not recycled Only 4% of waste in low-income countries.

The following is the concept of recycling and its importance to the environment:

Recycling: A process in which materials from everyday waste are used and converted into new products. It relies on separating waste after collection, treating recyclable waste, and manufacturing new products. Among the products that can be recycled are; Glass, paper, plastic and various metals.

The manufacturing process of products depends on obtaining raw materials from different sources, which may be from forest trees or mines for the use of fossil fuels, and then transporting them to the place of manufacture by land or sea, which leads to environmental pollution. Therefore, it is an energy-consuming and harmful process for the environment.

All this, in turn, leads to global warming through the release of gases and the erosion of the ozone layer, which protects the Earth from harmful sunlight. Which leads to climate change and its catastrophic consequences, including unseasonal rainfall or drought, which causes floods and famine.

Waste is usually disposed of by burial or incineration. This method takes up a large amount of land, and can lead to groundwater pollution, in addition to burning it, which contributes to an increase in global warming.

Therefore, the recycling process is very important, as it not only reduces the amount of waste that is sent to landfills and incinerators, which in turn pollutes the environment, but is also a way to achieve sustainable development and that is to preserve the environment for future generations.