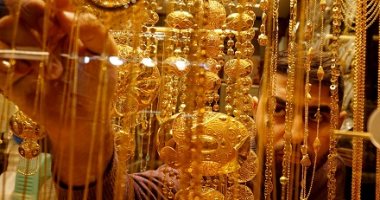 Today, Saturday, gold prices witnessed stability at levels of 990 pounds per gram of 21 karat gold, after a noticeable drop yesterday to the level of 980 pounds per gram, while gold compensated for its losses, recording 990 pounds according to the market closing price, Friday, July 1, 2022.

Gold holders in Egypt and the global stock exchange suffered huge losses during the months of May and June 2022, due to the significant decline in global gold prices, as well as gold prices in Egypt, which recorded declines exceeding 260 pounds per gram, after gold prices fell yesterday to levels of 980 pounds per gram, compared to 1250 pounds. per gram in the first week of May 2022.

As for gold prices globally, they were recording levels approaching $ 1900 in early May 2022, and the length of May and June recorded a decline more than once, to descend to levels of $ 1790 in trading Friday, July 1, 2022, before gold compensated part of the losses and settled at $ 1810, bringing the total decline The price of an ounce of gold on the global stock exchange is $90 in two months.