In celebration of International Father’s Day, Manchester United club published a report on the history of players who followed the footsteps of their fathers in the stadiums or gave birth to players who decided to continue their fathers’ career in the spotlight.

For example, the legendary goalkeeper Peter Schmeichel crowned the English Premier League title, and after two decades he watched his son Casper crown the same title with Leicester City..

The report added, there is another example at the level of Manchester United in John Aston Sr. and John Aston Jr., who crowned the local title with the club. In the 1951-1952 season, Aston Sr. contributed to United’s crowning the English Premier League title, after four seasons of crowning the FA Cup and playing With the England national team in the 1950 World Cup; The irony is that Aston the father returned to Old Trafford as a coach later and supervised the training of his son in his younger years..

In the 1966-67 season, Aston Jr. played a key role in United’s title win, followed by a performance that earned him the Man of the Match award in the European Cup Final against Benfica at Wembley in 1968. 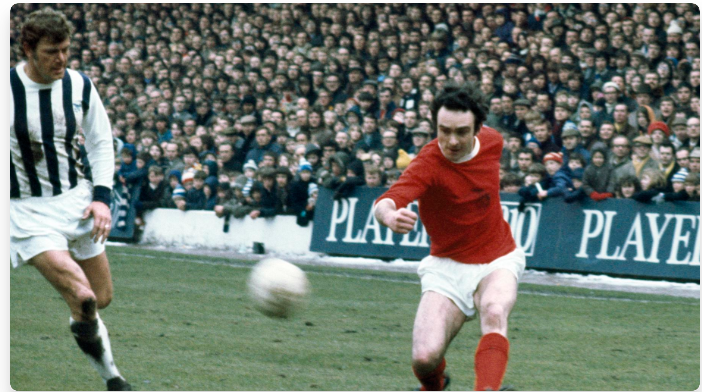 In an interview about training under the command of his father, who passed away in 2003, the winger said:”I saw no obstacle in it; I wanted to follow in the footsteps of my father who played for Manchester United and like the England national team, I was a fan of Manchester United, and the only obstacle was in the later years when I was training under my father; It was very difficult at the time, the problem was with others who thought you would get special treatment. As for me, I didn’t pay much attention to that, as I separated my personal life and work life, and I saw my father in the club as my only coach.“.

He added, “My father was a left-back, but he also played as a striker in the periods when the team needed him. He was a different player compared to me. He had a bigger physique, and he tended to the old school in everything.“.


“It was also in training; It was a different era than today, and football was a different game from the one we see today as well. My father was playing in World War II, and when he finished his patriotic duty, he was one of the founders of Busby Pips, and my playing period was full of privileges, or so it seemed then!”

He added: “My dad was a left-back, but he also played as a striker when the team needed him. He was a different player compared to me, he had a bigger physique and he was old school in everything.“.


“It was also in training; It was a different era than today, and football was a different game from the one we see today as well. My father was playing in World War II, and when he finished his patriotic duty, he was one of the founders of Busby Pips, and my playing period was full of privileges, or so it seemed then!” 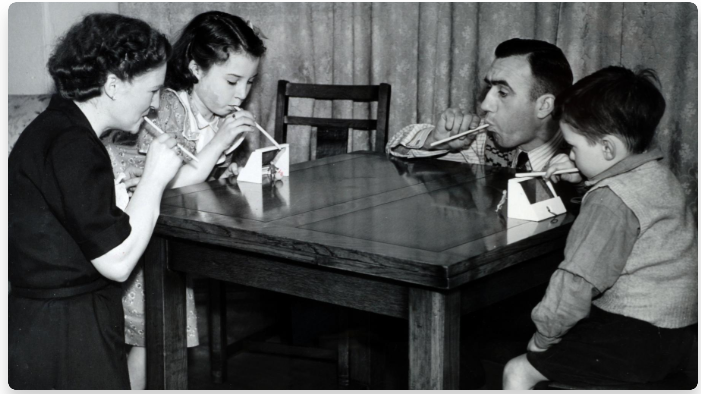 There is also former academy coach Neil Ryan and his father, Jim, who made 27 appearances for United and was a prominent member of Sir Alex Ferguson’s later coaching staff..

We also do not forget the former academy player Harvey Neville, whose father, Phil Neville, won six titles with Manchester United after graduating in the club’s different age groups..

Going back to the history of United, we find Wilf Maginnis, who played for the first team before taking over his coaching in the 1969-1970 season, and his son Paul, who also played for United in his younger years before entering the field of coaching and supervising the U-18 youth team.

According to Wilf Maginnis, his colleague Dennis Violet had a daughter named Rachel who became a professional tennis player and then stormed the field of film production, and one of her most prominent works is a documentary about her father – who died in 1999 – shown in 2016.

Aside from Manchester United, a large number of the children of our former players made their mark with other clubs, such as John Styles, son of Nobi Styles, who played in the middle of Leeds United and Doncaster Rovers, and Devante Cole, son of Andy Cole, who represented England’s youth teams while playing At Manchester City he has scored a number of goals with lower league teams such as Bradford City and Fleetwood Town in recent years.

On the other hand, there were players who were not satisfied with playing football and played other games, such as Arne Sidebottom, who played for United and represented England in cricket, before his son followed in his footsteps in the latter.

On the other hand, there were a number of United players whose parents did not play for the club but starred in other clubs, such as Jordi Cruyff, son of the legend of Holland, Ajax and Barcelona, ​​Johan Cruyff, Daley Blind, son of Dutch and Ajax star Danny Blind, and Gary Bailey, son of Ipswich Town goalkeeper Roy. Bailly and Juan Sebastian Veron, son of Estudiantes midfielder Juan Ramon Veron.