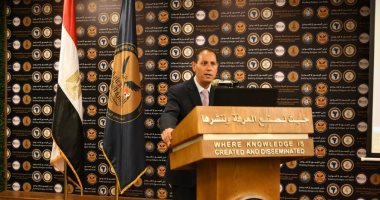 The Financial Supervisory Authority is awaiting the resolution of 4 files after the Eid al-Adha holiday, and awaits their announcement by decisions from President Abdel Fattah El-Sisi, President of the Republic, and the government headed by Dr. The first Thursday of October, “The Seventh Day” monitors the five most prominent files of the commission.

New board of directors

Mostafa Madbouly’s decision to form a new board of directors for the Financial Supervisory Authority is awaited, based on the statute of the authority issued by Presidential Decree No. 192 of 2009, which states in its ninth article that the board of directors of the authority is the supreme authority controlling its affairs, disposing of its affairs, setting and implementing The policies necessary to achieve its purposes and objectives, and he may take the final decisions he deems necessary to carry out the authority’s functions without the need for approval by a higher administrative authority.

The last meeting of the current board of directors was before the end of its term on March 23, in which it approved 4 decisions, namely raising the percentage of women’s representation on the boards of directors of companies subject to the authority’s supervision, and issuing the conditions and procedures required to grant the authority’s approval to establish and license companies and entities wishing to engage in non-financial activities. Banking through financial technology techniques, and allowing the registration of the relevant departments or committees at the Ministry of Housing, Utilities and Urban Communities, the Social Housing and Real Estate Finance Support Fund, and the General Authority for Government Services, in the list of real estate appraisal experts with the authority.

A new head of the authority

The authority is also awaiting the announcement of a republican decision either to renew the work of Dr. Muhammad Omran as acting head of the authority for a new term or to appoint another to fill the position.

On August 8 of last year, President Abdel-Fattah El-Sisi, President of the Republic, issued Resolution No. 332 of 2021 assigning Dr. Mohamed Mustafa Abdel-Gawad Omran to carry out the duties of the Chairman of the Board of Directors of the Financial Supervisory Authority for a period of one year.

The Financial Supervisory Authority has succeeded in reaching, with the Chamber of Real Estate Development Industry of the Federation of Egyptian Industries, decisions to develop the real estate finance activity and increase its growth rate, most notably that the housing unit itself is the guarantor of real estate finance, which results in canceling the restriction on not exceeding the premium of 40 % of the customer’s income, providing financing for the purchase of housing units under construction, and adjusting the value of the financing granted to one investor to 25% instead of 15% for residential purposes, and raising it for non-residential purposes to 40% instead of 30%.

The Economic Committee of the House of Representatives has finished discussing a large number of articles of the unified insurance bill, before the second session of the second legislative term is adjourned. Invitation, the Council meets by virtue of the Constitution on the said day.

On June 6, the Senate had previously approved a bill submitted by the government to issue the unified insurance law, which aims to address legislative and regulatory deficiencies in the oversight of the insurance sector, the need to keep pace with the changes that have occurred in the market and technological development in the insurance sector, and the elimination of Troubled legislative pluralism regarding the regulation of the sector, setting detailed rules to regulate professions and services related to insurance activity, reforming the legislative and supervisory systems related to private insurance funds, in addition to extending the supervision umbrella over health care activity in an effort to support comprehensive health insurance.