Ronaldo is linked to a contract with Manchester United that ends in the summer of 2023, amid news of the departure of the Don from the club due to the team’s failure to achieve any title or even qualify for the Champions League next season..

The British newspaper, The Sun, published leaked photos of Ronaldo in the new Man United shirt for the 2022-2023 season, in basic red and alternative white..

Man United begins a new era under the leadership of Dutch coach Erik Ten Hag next season, hoping to stop the entire 5-year march without titles, and 9 years of winning the English Premier League..

Ronaldo appeared in the new United shirt in leaked photos, a shirt that dates back to the famous 1998-1999 treble season, when the team achieved the League, Cup and Champions League. 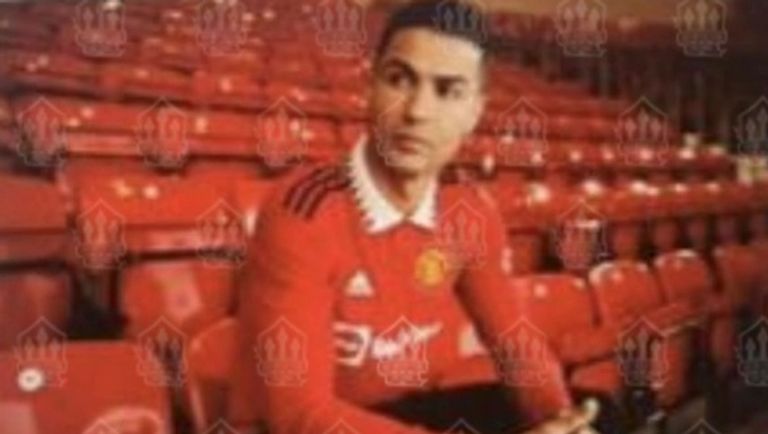 And by wearing Ronaldo’s new shirts for his team, he ended the controversy over his departure from the club at the end of the current season.

The Portuguese star returned to Old Trafford last summer from Juventus and was in an impressive level of scoring, as the 37-year-old scored 18 goals in 29 Premier League games but was unable to stop United’s decline.

The Red Devils were knocked out of all cup competitions and were unable to finish in the top four this season.

Inter postpone the decision of the Calcio title to the last round by defeating Cagliari.. Video