The Greek star Costas Tsimikas, the Liverpool player, grabbed the attention, by celebrating the eighth FA Cup title in the history of the Reds in the manner of Moamen Zakaria, the star of Al-Ahly, Zamalek and the former Egypt team, who was at Wembley Stadium to celebrate with the companions of Mohamed Salah, and it seems that the Greek He made sure to do so under the guidance of Mo Salah.

Greek star Costas Tsimikas hit the penalty kick that led Liverpool to crown the FA Cup for the eighth time in its history, after beating Chelsea on penalties 6-5, after the end of the original and extra time in a goalless draw, which was held at Wembley Stadium.

Mohamed Salah was keen to invite Moamen Zakaria to attend the FA Cup final from the stands of Wembley Stadium“.

And the star, Mohamed Salah, published a video clip of Moamen Zakaria, holding the cup in the dressing rooms at Wembley, as he celebrated the players who celebrated and sang for him..

And Mohamed Salah, the Al-Ahly star, led to the dressing room after the end of the Chelsea match, in a wonderful gesture, in order to celebrate the FA Cup title for the eighth time in the history of the Reds..

The official Liverpool page on “Twitter” celebrated Moamen Zakaria and published Salah’s video, and wrote: “A distinguished guest in the Reds dressing room, the Egyptian player Moamen Zakaria, celebrates with Salah and the Liverpool players the most prestigious English title.“.

Egyptian star Mohamed Salah crowned his sixth title with Liverpool, after winning the FA Cup at the expense of Chelsea 6-5 on penalties, after the end of the original and extra time in a goalless draw, in the final match that brought them together at Wembley Stadium.“.

Mohamed Salah included the FA Cup title with 5 other titles he won with Liverpool, which are the Champions League for the 2018-2019 season, the English Premier League 2019-20, the European Super Cup, the Club World Cup in 2019 and the English League Cup for the current season 2021-2022..

The Egyptian international Mohamed Salah, the Liverpool player, was injured in the 32nd minute of the match, which caused him to be forced to replace the Portuguese player, Diego Jota..

Mohamed Salah complained of pain in the right thigh muscle, which caused him to be unable to complete the match. 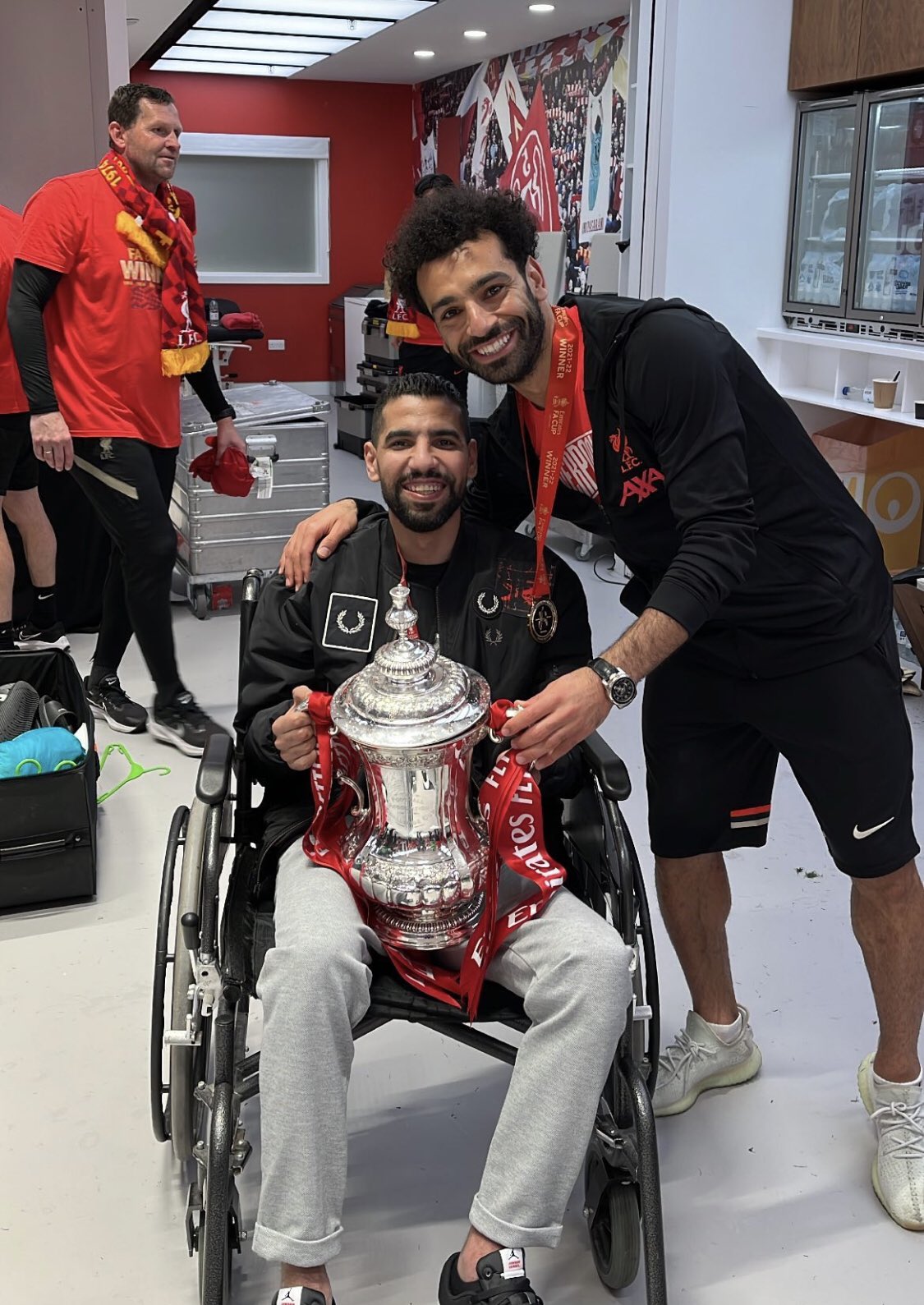 The Egyptian star, Mohamed Salah, the Liverpool player, confirmed his readiness to play the Champions League final match against Real Madrid, scheduled for May 28, after the injury he suffered during the match against Chelsea in the FA Cup final on Saturday evening..

And the English newspaper “Liverpool Echo” quoted a statement to Mohamed Salah about his match against Real Madrid, saying: “Of course I will be in the Champions League final.“. 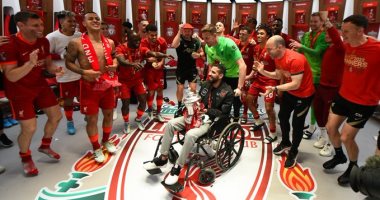 Speaking to the BBC, Tsimikas said: “We have given everything, congratulations to my teammates, we have to celebrate big, but tomorrow we still have a lot to do, we have the matches in the Premier League and we have the grand final against Real Madrid in the Champions League, it is very special.” For me, the coach asked me what number I wanted, I said number seven, he asks me why so far? I say I want the number seven, the number seven gave me the chance to win the game, I pick the right side and I score and I am very happy with that.

Tsimikas added: “We want to win, our goal since the beginning of the season has been to continue that, and hopefully in the end we will be happy.“.

Head of the Palestine sector in the Arab League: The occupation seeks to falsify awareness and obliterate identity

The Central Bank has completed the replacement of 4.1 million salary cards for state workers to “Maeza”

Juventus host Venezia to continue victories in the Italian League

What will break your fast, Captain.. Nahla Sameh, the star of the plane: Stuffed, tortillas and chicken

Samir Kamouna: Al-Ahly in the league is different from Africa with Musimani